Menu
Log in
Register
You are using an out of date browser. It may not display this or other websites correctly.
You should upgrade or use an alternative browser.

I started to notice in the forum some discussions going on recently about RAM speeds: some people trying to compare speeds from their builds against others with the same specs, while others are just trying to check their clock speeds. So I thought about the idea of creating a rank of memory benchmarks for PCS laptops, even though I know that some people (like me) might have upgraded the RAM along the way (and that's fine, as it will help people that are also willing to upgrade). With this rank, we might also be able to compare different brands of RAM and the difference that clock speeds, ranks and banks might do, as well as spot people that might have either a faulty RAM or a misconfigured system.

Rules:
Any doubts, feel free to ask here or send me a PM.

(*) Desktop Replacement Laptop that uses a desktop CPU, which in some cases allows memory overclock (real > base) 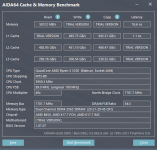 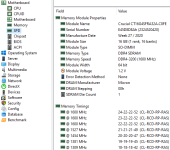 Hey
I don't know if this is the right screenshot, but it may help ^^
(i don't really understood what the numbers means, could you explain it to me ?) 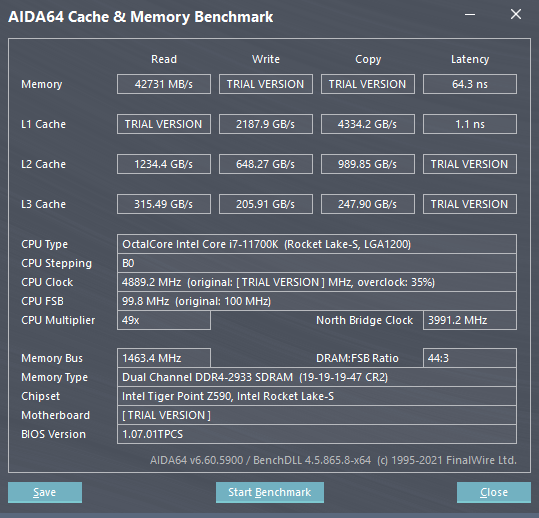 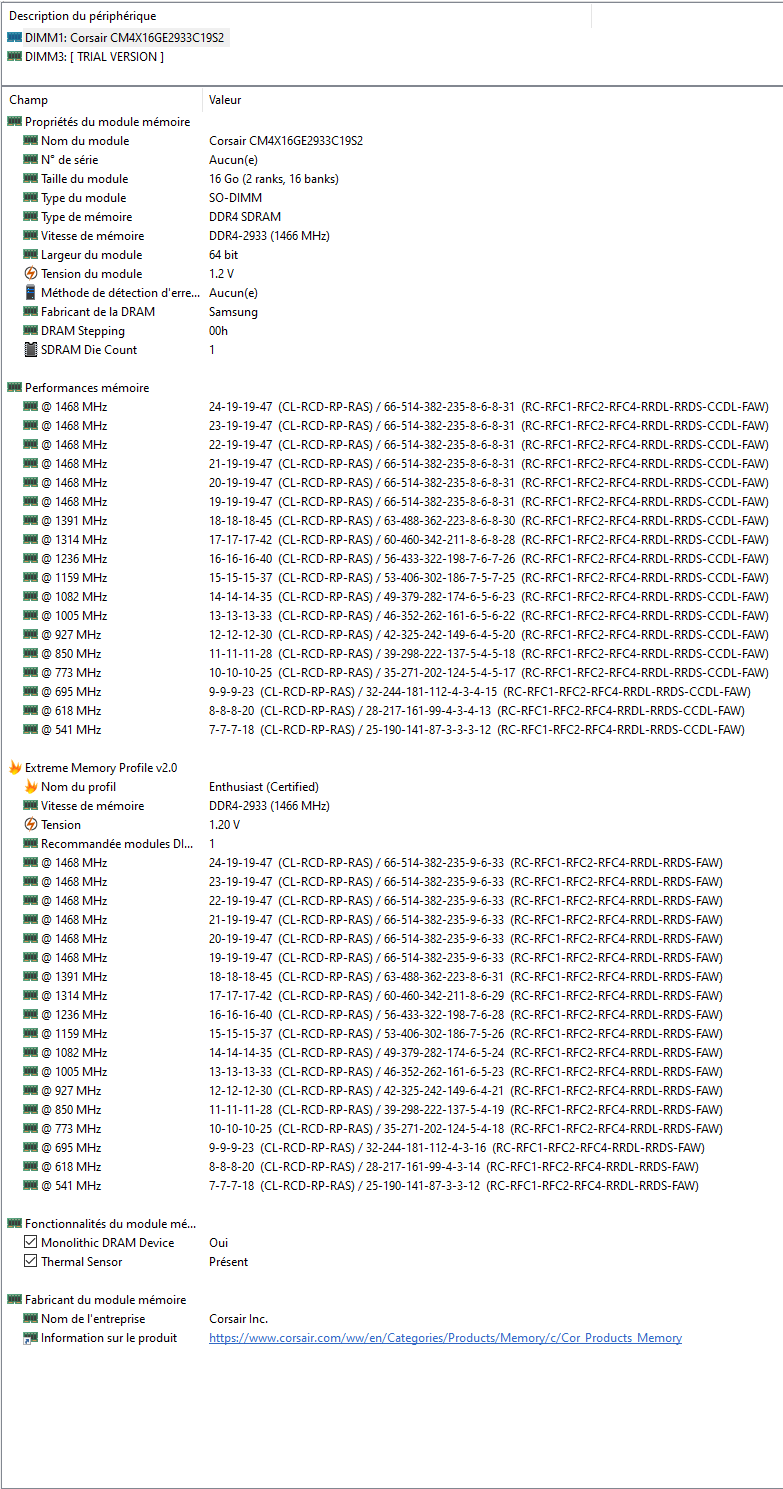 Hey @Tron1982 , thanks a lot for sharing your results. Let's go to the explanations about how to interpret the data (I'll try my best to not be very technical here ):

RAM performance cannot be measured by looking into one single data point, but the closest you can get to that is by analysing raw speed (like the reading/write speeds in MB/s) and latency (in nanoseconds, not the CAS) at the same time. So comparing your results with mine, what we can see is that your RAM is quicker to respond to a CPU request (lower latency), but is only able to transfer a smaller amount of data each time (lower speed).

Other examples (got them from Crucial's website) that might make it easier for people to understand:
So, in general terms, we should always aim to get the biggest amount of data transfer speed at the lowest latency possible and that can be achieved by 2 main factors: frequency and CAS latency (aka CL). However, it's not that simple and RAM modules with the same frequency and CAS can have different performance, as some other factors like ranks (single or dual) and banks (8 or 16) will also have an impact on both transfer speeds and latency. Don't think I'll get into those 2 for now as it can get a bit more confusing, but let me know in case any of you are interested, as I can try to explain that as well.

I would always recommend looking into frequencies first (higher is better) and then CAS latency (lower is better) when buying RAM, but looking at example 2 above we can see that a 2400 CL17 will be worse than 2666 with CL19, but it could potentially be better than a 2666 with CL22. So always keep in mind that both of them are important.
Last edited: Jan 2, 2022

Hello,
You're welcome and thank you for the explanation ^^
So, yes, please do explain me, i'm always willing to learn more ^^
(and if you can use my ram test as example, it would be perfect, as i can knoc what i have inside my laptop ^^)

And, to conclude about our ram rank, as i saw that you are in 1st position, does it mean that the read is more important than the latency ?

Let's start with the Rank explanation. Below is the best image that I could find to show what it means (taken from https://www.cgdirector.com/single-rank-vs-dual-rank-ram/): 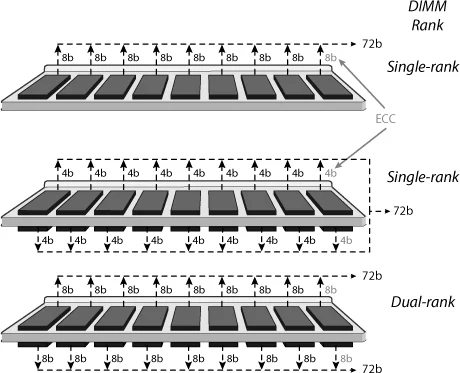 So it means that dual-rank memory can output twice as many data (72b x 144b)? Not exactly, as the memory controller can only handle 1 rank at a time, but dual rank still gives about 3-5% more performance (according to Hardware Unboxed tests):

So there are no advantages to single rank memory? Well, they're cheaper and there's also a theory which says that single-rank memory will have slightly lower latency (in ns) than dual-ranked, as well as running a bit cooler (so better for RAM overclock). But I have not yet found any benchmark evidence to confirm this.

Next will be the explanation about Banks, so stay tuned


Tron1982 said:
And, to conclude about our ram rank, as i saw that you are in 1st position, does it mean that the read is more important than the latency ?
Click to expand...

This is a great question, and the answer is that the rank can only be based on one data field, so bandwidth it is . If you look into DDR5 RAMs (talking about desktop RAM now), they're starting with 4800Mhz frequency and 40 CAS, so it seems that bandwidth is indeed been given more importance overall.

PCMag has done a great comparison between DDR4 and DDR5 (https://www.pcmag.com/news/ddr5-vs-ddr4-how-much-performance-will-you-gain-from-todays-newest-ram), which will help you understand that. The best bits are below: 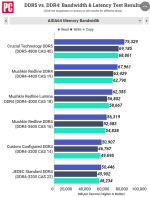 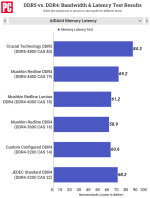 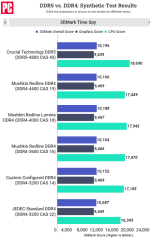 So even though the latency is higher, the much higher bandwidth actually ends up giving better performance. They're both very important, but bandwidth is usually a bit more than latency (from what I can see).
Last edited: Jan 5, 2022

AWESOME !
Thank you for the explanation !
I 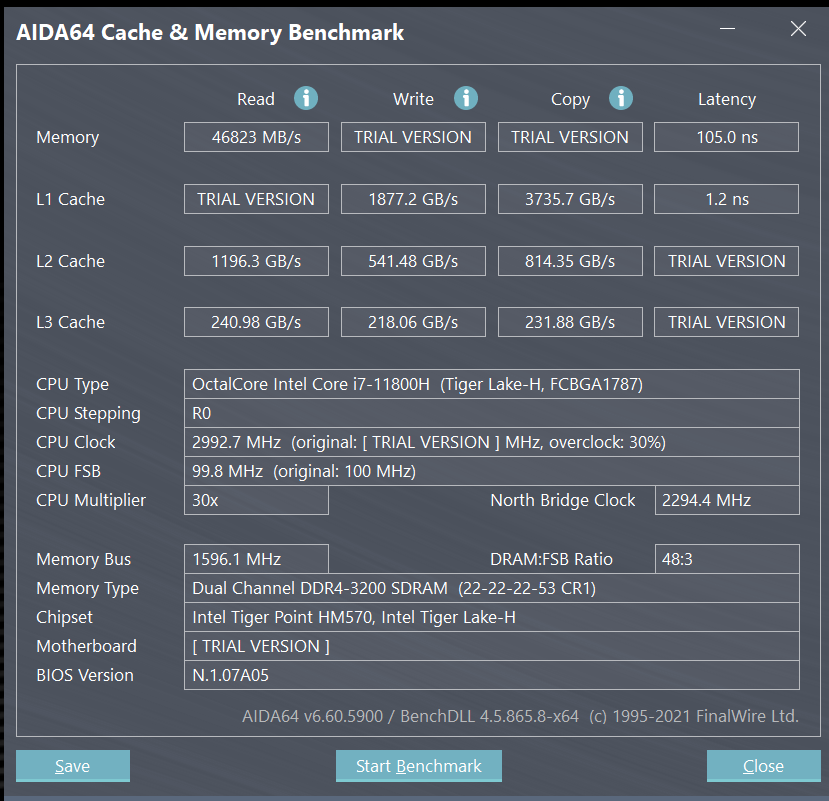 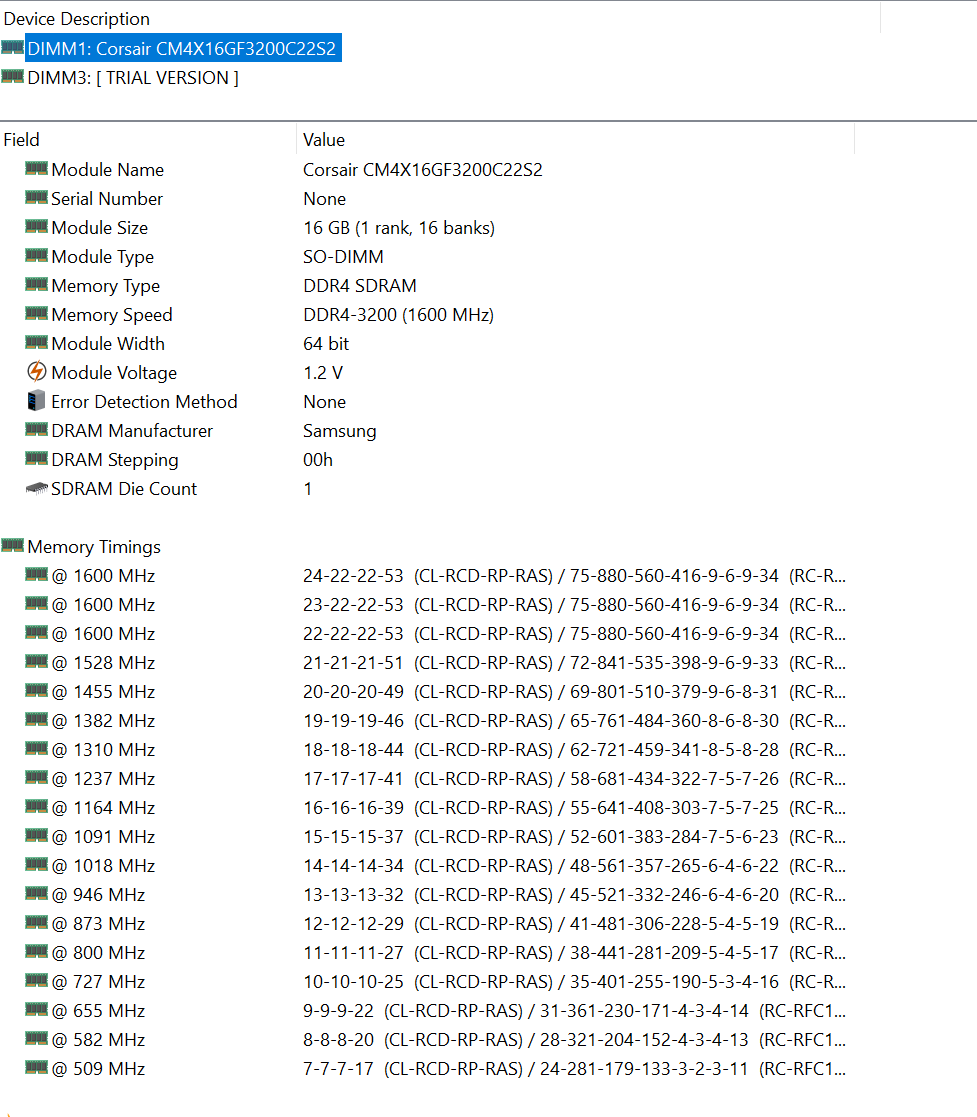 
View attachment 31944
If you know of anything that could I could do to improve any of this let me know
Click to expand...

According to AIDA, it doesn't seem to be any problem with your RAM there, it's reporting a memory bus of 1569 (close to 1600), which then doubles as close to 3200Mhz. Your memory read speeds on the benchmark are also typical of 3200Mhz with high CAS (CL22). Regarding your 3dMark results on the other thread, it might be a bug with 3DMark reporting wrong frequencies.
You must log in or register to reply here.
Share:
Facebook Twitter Reddit Pinterest Tumblr WhatsApp Email Share Link
Top